Edit
watch 01:36
We're Getting Mutants in the MCU - The Loop
Do you like this video?
Play Sound

1 or 2 players (simultaneous)
Double Dragon II: The Revenge (ダブルドラゴンII ザ・リベンジ, Daburu Doragon II: Za Ribenji?) is a side-scrolling beat-'em-up video game produced for the Nintendo Entertainment System in the end of 1989. It is the second Double Dragon game for the NES and was published in North America by Acclaim Entertainment, who took over publishing duties from Tradewest. The game shares its title with the 1988 arcade sequel to the original Double Dragon, using the same promotional artwork for its packaging and having a similar plot, but the content of the two games are otherwise drastically different. The NES version of Double Dragon II was directed by Hiroyuki Sekimoto (co-director of River City Ransom), with the arcade version's director Yoshihisa Kishimoto taking a supervisory role in the game's development.

Players control Billy and Jimmy Lee, who are on a mission to avenge the death of Billy's girlfriend Marian after she is killed during an attack by the Black Shadow Warriors (an unnamed group in the Japanese version). While this version ignores the plot twist of the first NES game, in which Jimmy Lee turns out to be the final boss (likely due to the inclusion of 2-players co-operative play), it also replaced Willy, the gun-toting gang leader from the arcade version, with a nameless martial artist who wields supernatural abilities as the game's ultimate antagonist. The game contains nine stages and three difficulty levels; only by choosing the hardest level can the player access all nine stages and see the true ending.

Unlike the first NES game, Double Dragon II can be played by up to two players simultaneously. The game offers two modes of play, which differ only in whether or not the two players can hurt each other with their attacks.

The structure of the game is completely different. While the first stage resembles the one from the arcade version, the level designs deviates completely from Mission 2 and onward, with scenes set in a variety of new locations such as the interior of a moving helicopter, an undersea base and a series of trap rooms. There are a total of nine stages in the NES version. Before each stage, a cutscene is shown consisting of still imagery and text which provides the setting of the stage. The enemy characters are roughly based on the ones featured in the arcade version, but some of them carry different weapons or have new fighting techniques, such as Roper's ability to throw boomerangs at the player. Besides the final boss, the other enemy characters that are introduced in this version are the "Right Arms" that serve as recurring sub-bosses from Mission 2 and onward, and the Ninjas that appear at the end of Mission 2 and later on in Mission 8.

The game retains the directional-based combat system from the arcade version. Unlike the first NES game, the player has full access to Billy or Jimmy's entire repertoire of moves from the beginning. In addition to the "Spinning Cyclone" introduced in the arcade version, two additional special moves were added to the player's set of techniques, the "Hyper Uppercut" and the "Flying Knee Kick". These two moves are performed while the player's character is crouching, which is only possible after landing from a jump or recovering from a fall.

As in the NES release of Double Dragon, no more than two enemy characters will confront the players at any given time, and they will both be the same type of enemy. Melee weapons have been changed slightly to include chain whips, knives, steel pipes and grenades. Whenever the players defeat one group of enemies, all weapons on the screen disappear, including any that the players are holding.

At the easiest difficulty level, the game ends after the third stage. The intermediate level allows players to complete all but the ninth and final stage; the hardest level grants access to all stages and the confrontation with the final boss.

The Family Computer version has a few differences compared to its NES counterpart besides the obvious language change. Both versions feature a choice of three difficulty settings at the start of the game. However, the Famicom version allows the entire game to be played on any difficulty setting, whereas the NES version restricts the game's length based on the level chosen. The easy and medium settings end the game after three and eight stages, respectively, while the ninth and final stage can only be reached at the hardest setting. The difficulty levels are also balanced differently in the Famicom version, with the platforming sessions in Mission 6 being easier on the Easy and Normal setting than they were on the equivalent settings in the NES version, while enemies have more health on the hardest setting. The NES version requires the player to input a cheat code at the game over screen to continue the game at the previous stage, while the Famicom version gives this option as a standard feature.

A PC Engine version of the NES version of Double Dragon II: The Revenge was also released exclusively in Japan, which was published by Naxat Soft on March 12, 1993. Released in Super CD-ROM² format. The story sequences from the NES version were remade and are now animated, with voice acting featuring Makoto Horikawa (as Billy), Nobutoshi Hayashi (as Jimmy) and Hiroko Emori (as Marian) among other actors.

There are other few slight changes to the game as well. While the gameplay is the same, the graphics have been remade completely and the soundtrack consists almost entirely of new music (with the exception of the final boss theme and the closing credits theme). Some of the levels designs have been altered and the order of Mission 4 and 5 (the Undersea Base and the Forest of Death) were switched. The PC Engine version allows the player to reach the final stage in any of the three difficulty settings, making the game closer to the Japanese Famicom version in this regard than its western NES counterpart. However, the ending changes depending on the difficulty setting, with the full ending shown only when the player completes the hardest setting.

A soundtrack, simply titled Double Dragon II: The Revenge, was published in Japan by Meldac and released on March 10, 1990. The soundtrack features arranged versions of the music from the NES version (originally composed by Kazunaka Yamane) composed by Kazuhiro Hara and Nobuhito Tanahashi. The soundtrack also features a vocal J-pop rendition of the Double Dragon opening theme performed by Manami Morozumi titled "Dead or Alive". Its catalog number is MECG-28001. An excerpt from the arcade soundtrack was included on the Sinclair User cover tape. 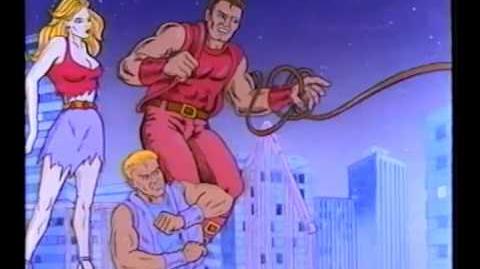